Earlier this year Curry’s donated an incredible 200 smartphones to us. Since receiving these devices, our team has been working to ensure they are ready to be passed onto individuals in our community and ensure those that cannot be used are used as parts and recycled fully. To date, 178 people in our community have received a refurbished Curry’s smartphone.

These devices have already had a huge life changing impact individual’s and the organisations supporting them, providing means of communication and improving outcomes.

The following report details the impact this donation has had on our local south London community, and highlights the ever growing need to be online and connected. These stories show just a snapshot of those who have little or no access to technology, and provide examples of different experiences, reaffirming that digital inclusion must be a priority for key decision makers in the UK.

At Community TechAid, we work with over 190 organisations in Lambeth and Southwark from schools, refugee groups and food banks to mental health support services and young carers.

Below is a breakdown of the organisations that were supported with smartphones and the key support areas they work in. The majority of these devices went on to support adults aged between 24 and 35 who are experiencing extreme changes in circumstance, such as fleeing their home country, and who more often than not were, or continue to be, in a temporary living situation or without a home. 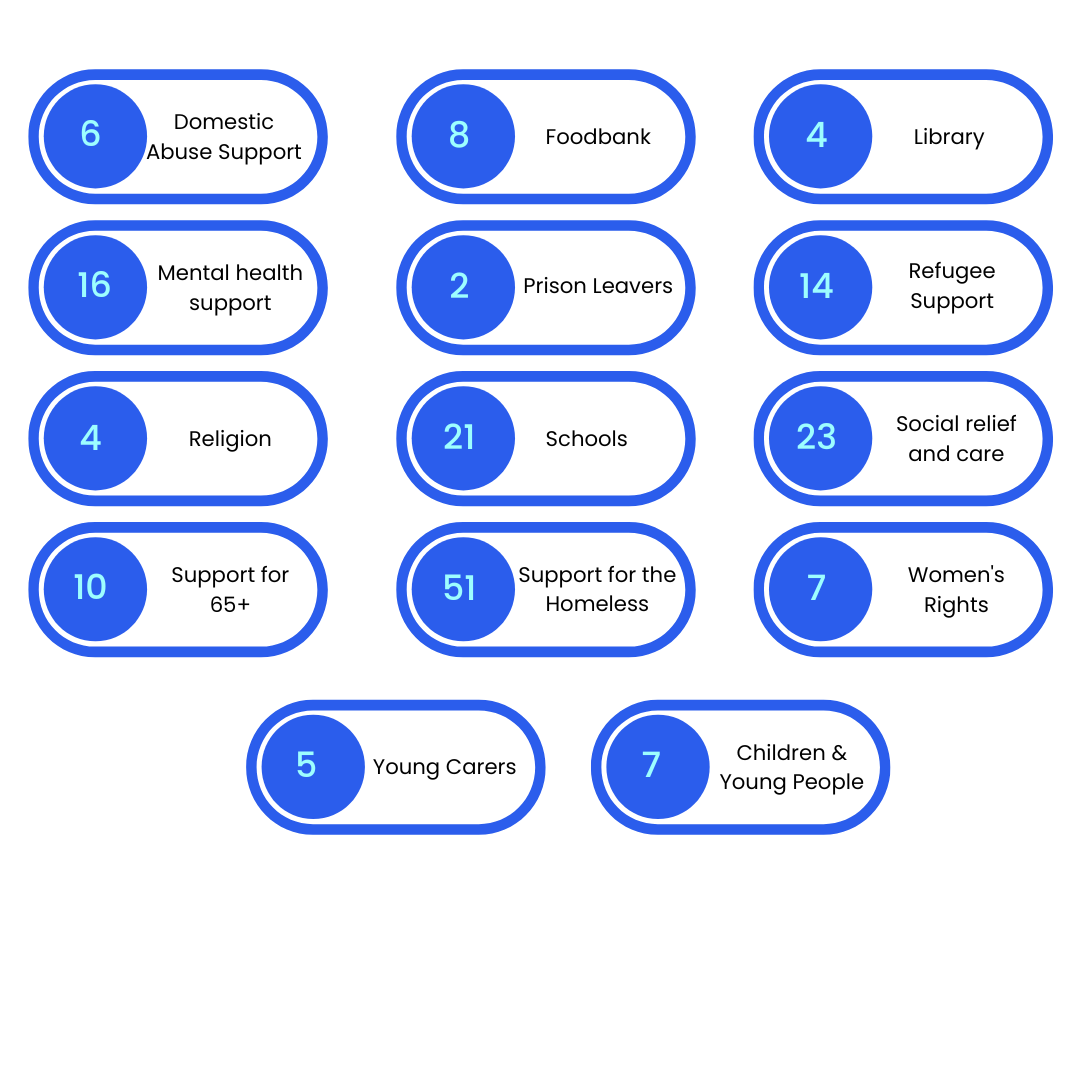 All of our recipients are experiencing temporary or long-term financial hardship, with many one month away from losing their home or unable to pay their bills. As the cost of food, fuel and other basic necessities continues to rise and with no current plan for government intervention, we will see an increase in those unable to afford internet access, widening an already enormous divide.

The percentage of the population who own a smartphone has increased year on year in the UK, reaching 92% in 2021. However this still leaves over 4.5 million adults in the UK without access to one. Many of the organisations we work with spoke of the difficulties they and their clients faced without a working smartphone. Arranging appointments, and connecting with vital support services becomes impossible and adds additional pressures and stress to services, their staff and their clients.

SLaM is one of the largest mental health service providers in the UK, working primarily throughout Lambeth, Southwark, Lewisham and Croydon. Their vital work supports thousands to access mental health treatments from talking therapies to advanced physiatric support, improving lives whilst undertaking research and training.

At Community TechAid we work closely with SLaM’s support teams to provide vulnerable adults with access to technology so that treatment providers can stay in touch with their patients and help improve their circumstances.

“These devices have enabled my team to work closer and improve relationships with many of our service users who are often very difficult to engage with. This has been instrumental in improving our care delivery, allowing us to offer important mental health treatment from a distance when needed and increasing patient’s independence.”

Charles* had been suffering with his mental health for a long while after moving to the UK from the Dominican Republic. SLaM’s services have enabled him to get back on his feet, and his mental wellbeing has improved dramatically since he first arrived. He has recently moved into his own accommodation and has been able to regularly communicate with his family, further improving his well being. Charles is now using his smartphone to help him find work in Lambeth, something that would have been impossible previously.

The Baytree Centre in Brixton is a social inclusion centre for women and girls, supporting them through education, training and employability skills building. They support over 600 women and girls from Lambeth and work to tackle poverty, homelessness, trauma and other barriers that prevent them from thriving.

Laura* had been waiting for a decision on her Personal Independence Payment (PIP) from the DWP. She has been on a very low income for a long time and due to her physical health condition is only able to work a few hours a week. As a single mother to 3 children, she is also affected by the benefit cap, limiting the amount of financial support she is eligible for. Many charities throughout the UK have been highly critical of the benefit cap, highlighting how many families are living in poverty as households lose £55 a week for their third and subsequent children.

“In April 2022, capped families in London saw the real value of their benefits fall by £2,070 as inflation hit 9 per cent – a 40-year high – and their benefits didn’t increase at all. The ceiling created by the benefit cap hasn’t increased since it was introduced in 2013. In fact it was lowered to its current level in 2016.” – Child Poverty Action Group

Laura’s phone had broken and she has been unable to afford to replace it. She uses her phone daily to manage her children’s appointments and to access the internet, but without it was struggling to connect to the services her young family needed. Thanks to a smartphone from Curry’s we were able to provide her with a refurbished phone through her support team at the Baytree centre. Having a working phone has relieved some of the pressures on her family and allowed her to better manage her and her family’s well being. 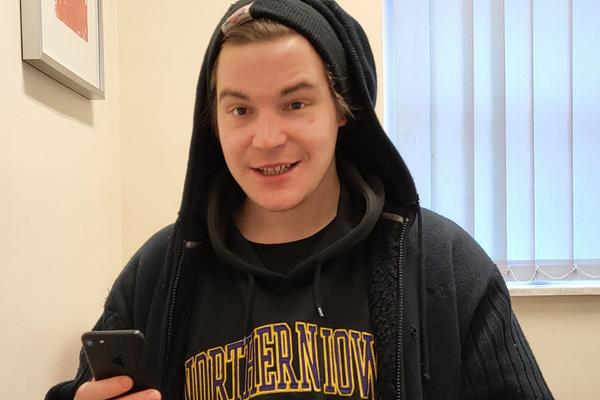 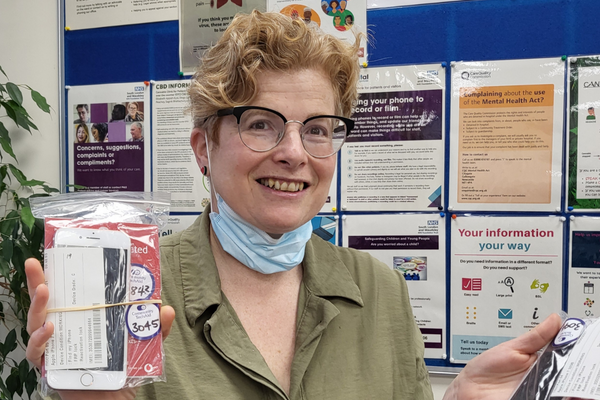 Improving Health Limited is a primary care network of 18 GPs in Southwark. Their clinicians see a number of patients who have varying health conditions, and as a result often engage with patients who may not be receiving any support outside of their primary healthcare needs. We recently provided a smartphone to Richard*. Richard has extremely limited mobility, and as a result, did not engage in any activity either on his own or with others.

“His only contact was with his carer when changing clothes, bringing meals etcetera. My client expressed to me how he always felt a power imbalance due to his carer doing things for him. When the phone arrived, my client knew how to use the technology whilst his carer did not. Not only did it give my client renewed access to the outside world such as games, news access and access to websites about his health, it led to him teaching IT skills to his carer. This has helped address these more challenging dynamics and hugely improved his confidence.”

As the above example shows, digital inclusion sits across a spectrum of experiences and often leads to unexpected outcomes. When we feel confident and able to use technology it empowers us, and provides renewed independence to those who may be isolated. 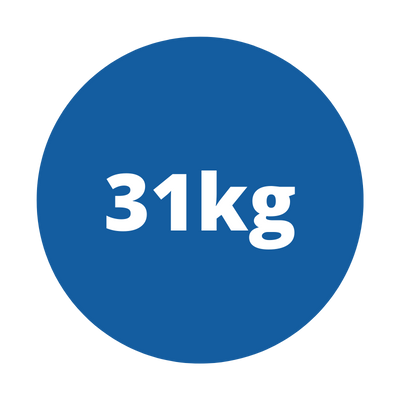 of e-waste diverted from landfill that has been refurbished, reconditioned, and recycled. 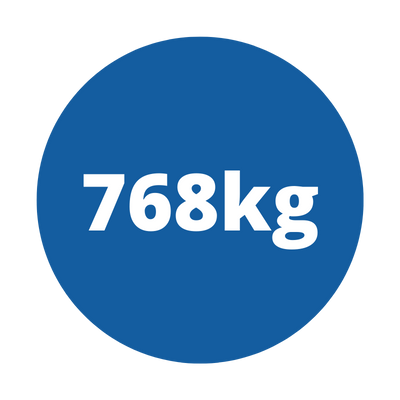 At Community TechAid we know that digital inclusion and sustainability go hand in hand. Reusing devices not only supports communities online but it reduces the amount of e-waste we produce. A huge amount of valuable resources are mined to produce smartphones, and if we can encourage a model where we repair rather than replace we can have a significant impact on our environment, and encourage our communities to think differently about the technology they buy.

We use cookies on our website to give you the most relevant experience by remembering your preferences and repeat visits. By clicking “Accept”, you consent to the use of ALL the cookies. However you may visit Cookie Settings to provide a controlled consent.
Cookie settingsACCEPT
Manage consent

This website uses cookies to improve your experience while you navigate through the website. Out of these cookies, the cookies that are categorized as necessary are stored on your browser as they are essential for the working of basic functionalities of the website. We also use third-party cookies that help us analyze and understand how you use this website. These cookies will be stored in your browser only with your consent. You also have the option to opt-out of these cookies. But opting out of some of these cookies may have an effect on your browsing experience.
Necessary Always Enabled
Necessary cookies are absolutely essential for the website to function properly. These cookies ensure basic functionalities and security features of the website, anonymously.
Analytics
Analytical cookies are used to understand how visitors interact with the website. These cookies help provide information on metrics the number of visitors, bounce rate, traffic source, etc.
Save & Accept
Powered by